David Yorke grew up knowing he wanted to be an artist.

His creative inspiration developed out of the 1950’s era, when TV Westerns and science fiction entertainment sparked the imagination of his youth. Family encouraged his interests in art, as did his great great Uncle’s portraitures. Through his experimentation and competitive efforts, he was able to develop many skills at a very early age, that continued into his adulthood. Yorke received his formal art training at the University of Florida, earning a degree in Advertising Design in 1971.

Working initially in TV media, Yorke’s 35+ year career as a commercial Illustrator/Designer eventually expanded into other areas of art, including book illustration, photography, and toy prototype design. In 1995 the Florida Disney/MGM Studios recruited him as a designer and later was trained to be an Animation Background Painter. He says, “the experience working there, was invaluable for what I learned about color and composition. Their training, the workshops and just the overall exposure to their techniques and styles of artwork, gave me greater confidence and inspiration as a painter.” For 9 years, he worked on 5 feature films before the studio closed. 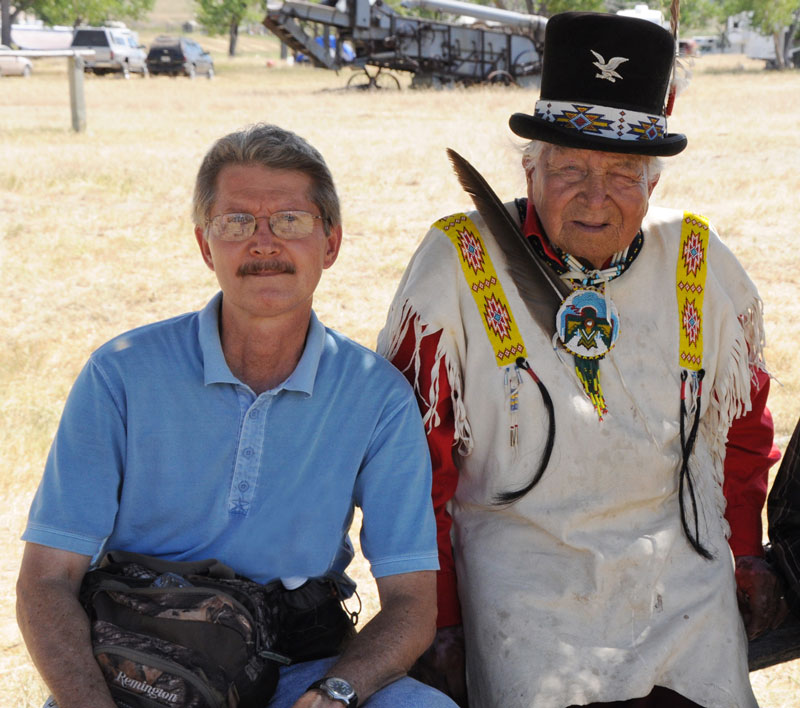 In 2004, he left the corporate art world to become a full-time fine artist. His love of the landscape and his interest in portraying the people and wildlife of the American Frontier, have been his primary focus. Yorke typically photographs his reference, using both Native American and period re-enactors, as his subjects. He also enjoys making many of his own props and regalia, by researching museum artifacts.

His work has been acquired by private and corporate collectors internationally, while exhibiting his paintings in numerous galleries, shows and auctions, including Arts for The Parks, Buffalo Bill Center of the West, Autry Museum of the American West, Settlers West Galleries, and others. He is currently represented by the Plainsman Gallery. Examples of his work can also be found at The James Museum of Western and Wildlife Art in Florida, and the Booth Western Art Museum in Georgia. Yorke’s studio is located in Clermont, Florida.

To see David Yorke’s work and see the American Frontier come to life, click below.